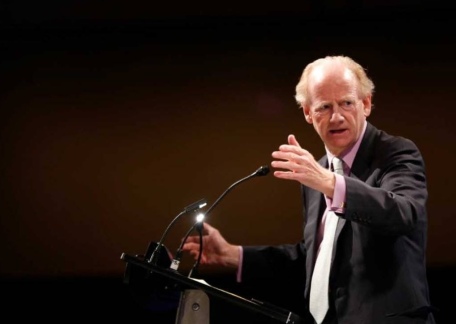 The Canadian writer John Ralston Saul is an Enlightenment-style provocateur, a cosmopolitan anti-ideologue. Although not a household name in the United States, he’s a considerable figure in Canada and Europe, where his books — “Voltaire’s Bastards” (1992) is his best-known work here — are often best sellers. His new “The Doubter’s Companion” (Free Press) is an eccentric winner — a highly personal dictionary that’s really a compilation of short essays on topics from Air Conditioning to Zealot. He writes with vigor and thunder, firing off epigrams and bons mots. Deconstruction is “a school of light comedy,” orgasm “a workmanlike replacement for a religious experience.”

Readers are most likely to enjoy “The Doubter’s Companion” by opening it at random and following the highlighted connections. The ride almost always yields surprises. In an entry on Neoconservatives, Saul calls them “the Bolsheviks of the right”; in one on Marxists, he writes that “the only disagreement between the Neoconservatives and Marx is over who wins the battle in the end. This is a small detail.” He doesn’t shy from confrontation, either. “There is no convincing evidence,” he maintains in his entry on Voltaire, “that writers can do their job by being nice.”

There’s a fair amount of verbose harrumphing where there ought to be wit. And Saul — like such other freelance lone rangers as Robert Hughes, Paul Fussell, and Camille Paglia — can occasionally seem oblivious to the pleasures of present-day life. But the book is a remarkably thoroughgoing critique of folly, and the spectacle of Saul blasting away at the conventional wisdom of left and right alike has, in intellectual terms, something like the kick of Kurosawa’s “Yojimbo.” Saul delivers the pleasures of a good argument.

© 1994 by Newsweek, Inc. Reproduced by permission.