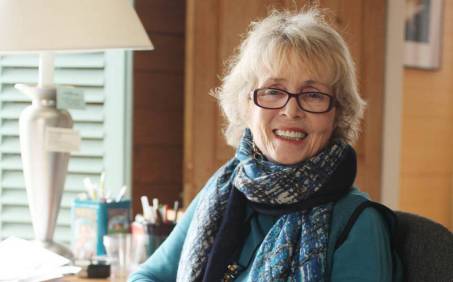 Lee Smith’s novels are as consciously “women’s fiction” as anything you might run across in Redbook or McCall’s, but she opens the genre up and makes it seem expansive. Her work has a mixture of lyricism and sexual boldness that makes you go outside of writing, to the work of actresses and women singers, for comparisons. Like Sissy Spacek and Loretta Lynn, Smith can make a performance in a popular medium seem like a complete declaration of feeling.

Her new novel, “Fair and Tender Ladies” (Putnam), consists of letters written by Ivy Rowe, the daughter of a Virginia mountain family, who lives from 1900 well into the ’70s. Ivy’s life is the stuff of a back-country soap opera. When her father dies, her mother takes the family to town; when her mother dies, she boards with a sister who drinks on the sly. Ivy gets pregnant by a boy who leaves to fight in World War I, has an affair with a rich kid, marries a childhood friend, and returns with him to the family farm to raise a passel of kids.

Although Smith’s choice of the epistolary form might lead you to expect a play of irony and distance, the book contains no satire or parody. The author is in closer sympathy with her protagonist than we’re used to in contemporary literary fiction, and the point of the book is how far into Ivy’s emotions Smith can take us. That’s pretty far. Ivy’s letters, when she’s a child, keep shading into bookish extravagance; her words are all needlepoint and ribbons. In adolescence, she’s fascinated by being loved and desired, and by loving and desiring, and she acquires a reputation as a fallen woman even as she sees herself as the heroine of a romance novel.

A number of the letters she writes are to a mentally handicapped sister: in them, Ivy confides feelings she tells no one else about. These words stream out of her like feathers, clouds. She writes her sister about a hallucination she had the day she discovered she was pregnant: “I could see that baby as clear as day, tiny and pink and all curled up, and then it started beating me with its little fists against my stomach, trying to escape. It hurt me. And then … I was that little baby caught inside my own self and dying to escape. But I could not. I could never get out, I was caught for ever and ever inside myself.” By old age, facing down the coal company with a shotgun by her side, Ivy has become an eccentric buzzard and her words have grown crabbed and spiky. But her feelings still transport her; she still has the avidity of a little girl.

“I didn’t care if he was lying or not,” she writes her sister about a sweet-talker she once left her children and husband behind for. “It seemed like years since I’d heard a story.” Smith brings a more wide-ranging awareness to her tastes than Ivy does, but she shares Ivy’s susceptibility to storytelling. She reacts to stories as many people react to favorite songs, and she fills the novel with legends and tales. Smith’s love for the Appalachian hills gives off vibrations. She makes a reader feel the presence of spirits; she still sees in the land what folk artists saw there. Her work is about the moment when, as you look at or listen to a work of naïve art, it stops being a curiosity and starts to speak to you in a human voice.

It’s these longer, darker rhythms, pulsing beneath the hillbilly-Victorian flowerets of Ivy’s voice, that give the novel its physicality, and that help create the illusion of coming into warm contact with lives that have always seemed to take place at an impassable distance. “Fair and Tender Ladies” might have been sung into being.

© 1988 by Newsweek, Inc. Reproduced by permission.