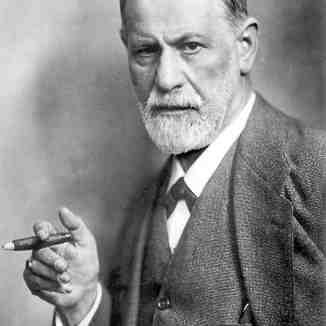 In his new “The Gutenberg Elegies” (Faber and Faber), the literary critic Sven Birkerts wants us to know how much reading and writing matter to him. Really, that’s his theme. The changeover from ink-on-paper to electronics elicits from him ruminations, intimacies, autobiographical scourings. We learn about his spells as a bookstore employee, his attempt at novel-writing, the time he met Joseph Brodsky. We learn that reading and writing matter a lot to Sven Birkerts.

We learn that Birkerts disapproves of computers, although we don’t find out why we should care. Birkerts doesn’t propose any way of putting a stop to the things, and he doesn’t assemble an entertainingly, or enlighteningly, Luddite vision. His book is finally a symptom of the mush-headedness of the bookish; what it expresses is a reverence for books per se.

My quarrel with Birkerts, who’s generally a good critic, may be a matter of temperament. I love some books; some I hate; some I like OK; most I couldn’t care less about. It’s what people do (or don’t do) with them that matters to me.

If Birkerts is at the stern, waving a damp hankie at the native land he fears he’ll never see again, Paul Goldstein, in “Copyright’s Highway” (Hill and Wang), stands at the helm alongside the harder-headed people. We may not know what lies before us, Goldstein seems to feel, but that’s no reason not to pull out the sextant.

What makes copyright a fascinating topic right now is that digital electronics permit flawless duplication. Plug into what Goldstein calls the “celestial jukebox,” and such concepts as “uniqueness” and “authenticity” become meaningless; you’re instantly in a post-Walter Benjamin, post-Situationist, post-Derrida world. Everything’s a copy, or maybe nothing is.

Goldstein runs us through copyright’s history, compares Anglo to non-Anglo assumptions about intellectual property, and takes us inside some key recent cases (photocopying, sampling). His theme is: what will happen to producers of intellectual property when “digital sampling shreds their works into bits and pieces, free for users to recombine into entirely different forms?”

This isn’t the book on the relations between copyright law and artistic form you may hope for, even though Goldstein pauses to comment that “copyright law indelibly colors the works it encompasses.” Still, his discussion of legal practicalities sparks off more brain circuits — even those concerned with aesthetic matters — than Birkerts’ self-scrutiny does.

New York isn’t a bad place to watch the celestial jukebox take shape. Warner Books has given an imprint — traditionally a kind of fiefdom awarded to an editor of distinction — to the TV executive Brandon Tartikoff. He’ll be developing projects with “multi-platform” possibilities. Hyperion has paid as much as a million dollars to the brothers who created the computer game “Myst,” for a novel they have written with a collaborator. Mischievously, Catbird Press, Online BookStore and the author Floyd Kemske have been posting drafts of Kemske’s novel-in-progress on the Internet, so the public can help edit the book.

Vintage, in their publicity material for Camille Paglia’s “Vamps and Tramps,” include a page-long statement from James Wolcott that was found on a computer chat board. This may be the dawn of the unsolicited electro-blurb.

Paglia’s (very entertaining) book consists of articles, reviews, interviews, transcripts of TV shows she’s appeared on, even blurbs (of Gutenberg-era vintage) she’s written for other people’s books. There’s also an appendix that’s a detailed record of her ongoing assault on popular culture. (Several references are made to The Modern Review.) It has to be the most miscellaneous miscellany of all time. You might call it a multimedia extravaganza.

The reputation of that former godhead Sigmund Freud has fallen so low that his defenders are resorting to desperation measures. Harold Bloom, Paglia’s mentor, includes Freud among the great writers in his “The Western Canon.” Here’s his rationale: “Freud called himself a scientist, but he will survive as a great essayist like Montaigne or Emerson.” It’s almost too easy to point out that Montaigne and Emerson didn’t pretend to be scientists.

Bloom supplies a blurb for “Freud’s Wishful Dream Book” by Alexander Welsh. Another of the book’s blurbs is from Frederick Crews, Freud’s most relentless debunker. How can this be? Welsh’s book is a lit-crit treatment of “The Interpretation of Dreams,” and it’s the lit-critness of it that brings Bloom and Crews together. Bloom, eager for Freud’s scientific pretensions to be forgotten so as to get on with enshrining him as a literary genius, is delighted. Crews, eager to see those pretensions demolished so as to destroy Freud’s reputation entirely, is delighted too.

In “The Myth of Irrationality” (Carroll & Graf), John McCrone argues that the Freudian model of personality walks hand in hand with romanticism and modernism, and that we know too much now to see these doctrines as anything but quasi-religions. McCrone suggests that part of the appeal of Freudianism is simply that it makes life seem more dramatic. In his view, personality consists of a body — literally — of animal needs, atop which sits a cultural superstructure. Language is what connects the two; it trains the animal.

In one passage, he reviews the evidence we have of people without any culture — feral children, and untutored deaf and blind children — in order to venture an answer to the question: what do unmediated lives consist of? It turns out that when these children are hungry, they eat. When they need to crap, they crap. Occasionally they hump something. The rest of the time, they snooze, scratch, and rock on their heels. Such, it seems, may be the real beast within.

If appearances — as in haircuts and clothes — are any indication, no doubt can remain any more that digital media are the coming thing. The best-looking kids I’ve seen since my last trip to California were students at NYU’s Interactive Telecommunications Program (the wired generation’s equivalent of film school), and employees at Voyager, a publisher of literary CD-ROMs.

Meanwhile, audiences at the New York Film Festival look seedier every year. They’re really in a rut. During the q&a sessions after screenings, the audiences asked the same questions they’ve asked for decades: how difficult a time did you have making your film? How horrible was it to get financing? There’s something almost pornographic in the festival audience’s need to do battle for the artist.

By contrast, after an evening of CD-ROM presentations, the well-groomed, bright-eyed crowd didn’t want to know how society should protect and nurture its poor artists. They wanted to know how to do this nifty multimedia stuff for themselves.

At another evening’s presentation — this one of rock videos — our host called the videos he was showing “subversive.” I took him to mean that he liked them. It’s a mystery why more art and entertainment-world people still haven’t caught onto the fact that the — or at least a — revolution has already occurred. With computers infiltrating work and home like invaders from Mars, there’s no need for anyone to promote deconstruction anymore. The machines are taking care of it by themselves.

An example: the place of literature within the marketplace of books. Look at the way fiction is broken down into horror, westerns, mystery, romance, literature, fiction (i.e., current literary titles), and other categories. 20 years ago that wasn’t the case. If fiction was broken down at all, it was into fiction, bestsellers and “classics.” In other words, in the typical American bookstore, right now, literature has already been de-privileged. It doesn’t represent the pinnacle of anything. It’s simply one category like any other. (Harold Bloom is probably right when he says that the battle for “greatness” has already been lost.) The reason has nothing to do with Marxist theory, and everything to do with the computerization of inventories.

The computer world doesn’t lack for utopians with therapeutic agendas. The faith of the digital propagandists — I think of them as the Digi-Props — is that the computer will set free the native genius of the people. (Therapist/utopians always see such energies as being released, not created.)

One Digi-Prop at a recent conference recounted her dismay at finding so very much bad writing on the Internet. A moment of bracing realism? Far from it. She told us that she finally realized that what she had encountered wasn’t poor thinking, poorly expressed. It was rich with qualities of its own. She colored slightly as she said this, but with fervor, not embarrassment. It was up to us (presumably the rightly-guilty cognitive elite) once again to reserve judgment, and (wouldn’t you know it?) to deconstruct our thinking about what constitutes “good writing.” She looked shyly beatific. She had confronted her doubts, and overcome them.

©1994 by Ray Sawhill. First appeared in The Modern Review.